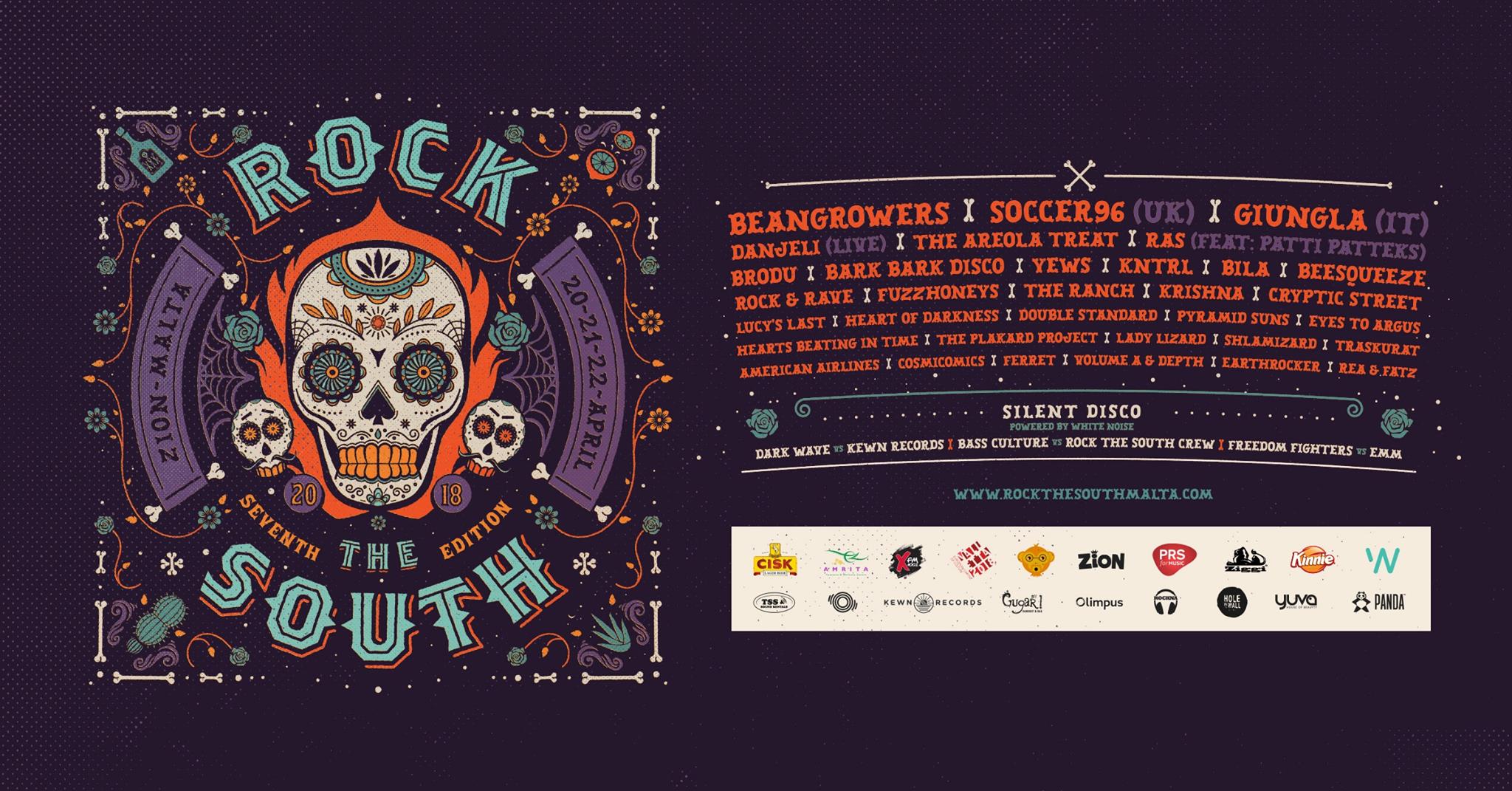 Rock The South Malta at Zion Reggae Bar has become a staple in the local music scene. 2018 will see us celebrate our 7th year while being part of Valletta 2018 – European Capital of Culture. RTS is probably the longest running alternative music festival in Malta, with over 100 bands performing on the RTS stages through the years, this event is surely one of the leading showcases of the best alternative talent in Malta. This year we are extremely excited about the lineup of amazing bands and artists, 3 days of jam packed live music 2 stages and over 30 bands and artists, plus now the much anticipated silent disco.

Saturday from 22:00
Bass Culture
and
Rock The South Malta Crew