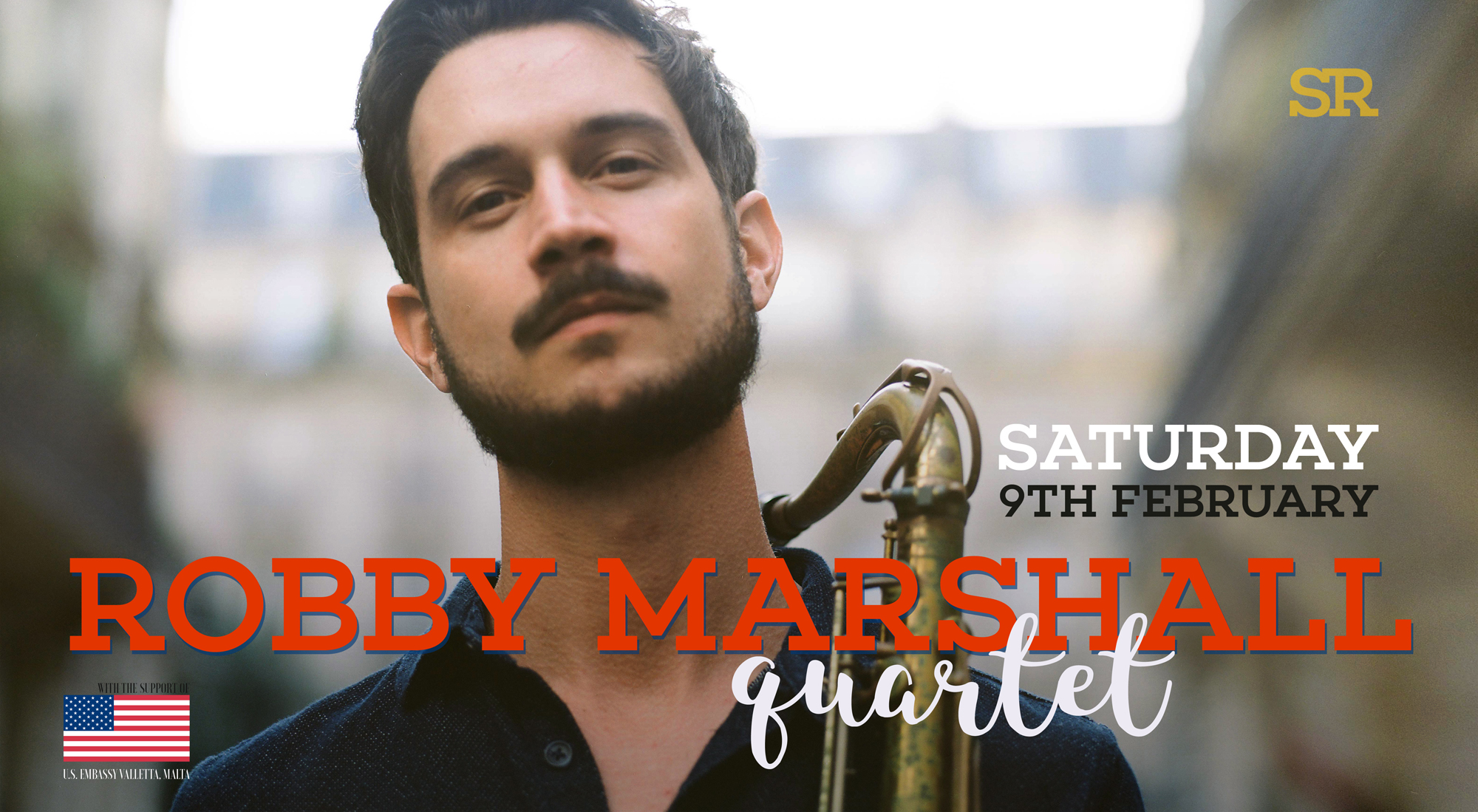 Marshall’s voice is prominently featured on the latest album for Grammy-winning vocalist Cassandra Wilson: “Coming Forth by Day: A Tribute to Billie Holiday.” Subsequently joining Wilson’s touring band, they have since toured the globe, performing at the famed Apollo Theater in New York, Newport Jazz Festival, Umbria Jazz ® Festival, and featured on NPR’s Jazz Night In America and the legendary music program Austin City Limits.

Born and raised in California, Marshall graduated from the USC Thornton School of Music and quickly became one of the most in-demand young saxophonists in Los Angeles. He quickly launched his own projects and became regarded by peers and critics as an innovative voice in the rapidly emerging L.A. jazz scene.

He has released three albums with his own projects and contributed to hundreds of recordings and film scores. His latest European-based jazz project, Robby Marshall Quartet, released the first album in early 2018 and is currently touring and playing festivals throughout Europe.

They will be performing at Storeroom on Saturday 9th February. For further details, contact info@storeroomalta.com.