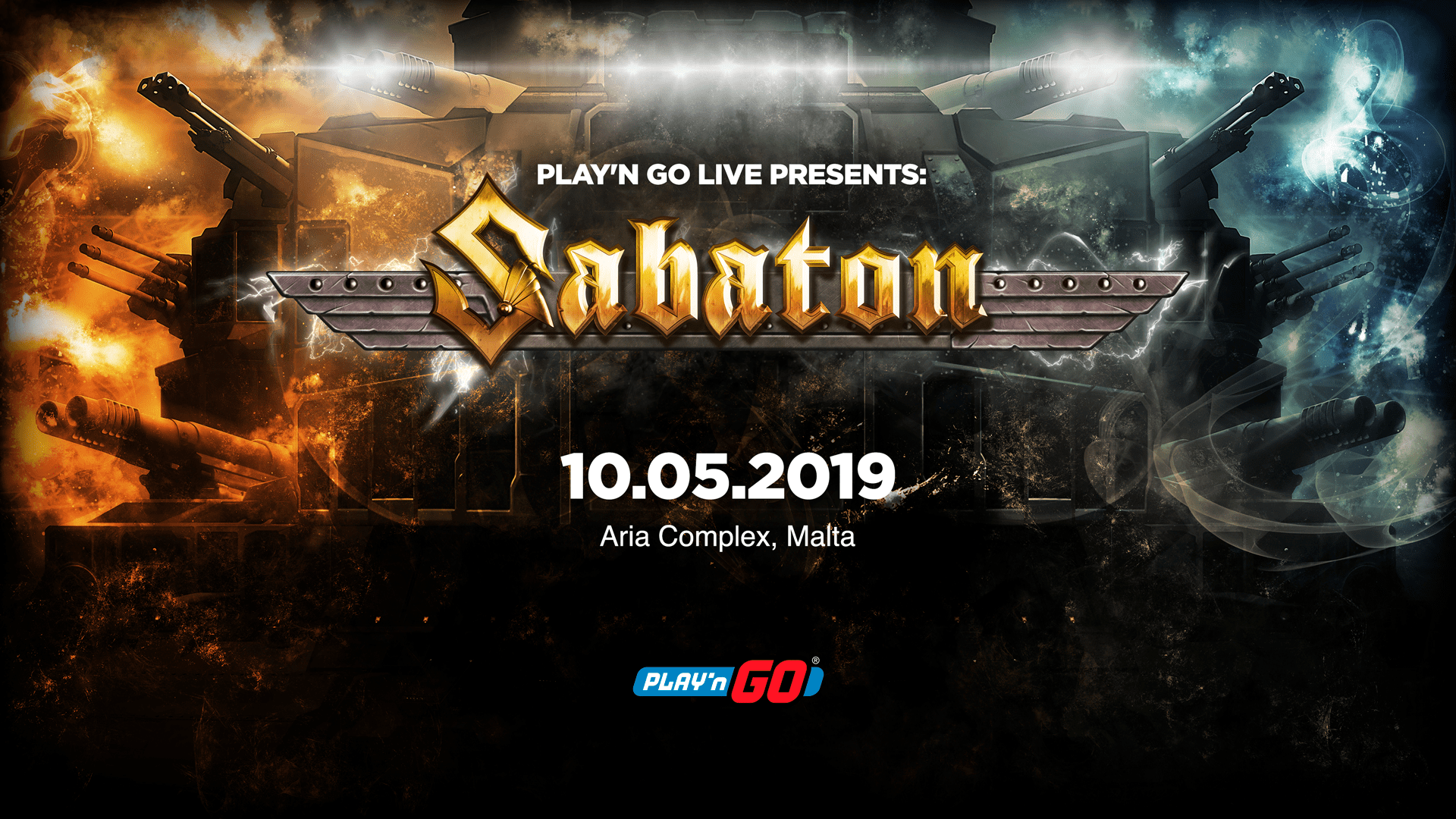 To celebrate the upcoming launch of their slot game, Sabaton, Play’n GO are proud to bring the iconic band Sabaton to Malta for a one off concert at the Aria Complex on the 10th May 2019.

Sabaton are no stranger to the touring circuit having formed 20 years ago in Sweden, amassing a cult following, and bringing their signature sound combining soaring power riffs with vocalist Joakim Brodén’s instantly-recognisable gruff baritone. Fans need only know them as Sabaton: the heavy metal band that sings of real life wars and the people who played a part in them – of gruelling campaigns and dazzling acts of bravery, of magnificent victories and touching personal struggles – true stories more fantastic than any fiction.

Play’n GO Live Presents: Sabaton will be their first appearance on the island before they head off to the hallowed arenas across Europe to play in front of crowds at legendary festivals including Rock am Ring in Germany, Hellfest in France, and Sabaton Open Air in their native Sweden.